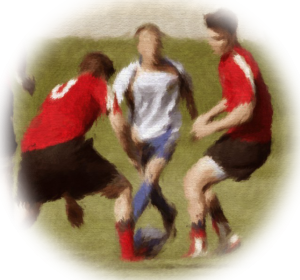 Let me start by saying that I hated school! Rules and regulations were never my thing and I severely objected to having the notion of "you are here only to pass exams" shoved down my throat every day. I made some good friends though some of whom I still keep in contact with today and I enjoyed playing Rugby and going to art lessons which I saw as less of a lesson as I would draw and paint in my spare time anyway.

Somehow I managed to reach the sixth form and Art was one of my A-level subjects. It was during the history part of this course that I was first introduced to Impressionism. When I saw the paintings from this movement a light went on and I decided that for me this was the only way to paint! This moment though had become merely a memory pushed to the back of my mind by the strong medication I was on at the time for Epilepsy and the light was now only a flicker.

I left school in 1977 and just stayed at home to look for work, but because of my Epilepsy and the resulting prejudice of certain prospective employers, I went through many periods of unemployment during which I painted now and again, but there was no passion just a desire to earn a few extra quid! 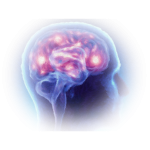 I moved to Yorkshire in 1997, for family reasons, and registered with a local doctor. Then in March 2003 and without asking first he made an appointment for me with a visiting neurologist at a local hospital. I reluctantly went and suffered the usual questions about my condition which I had heard time and time again over the past forty years or so. Then he did something that had never happened to me before. He decided to change my medication to something milder and also reduce the dosage. I left the hospital not feeling that much had changed, but I started to take the revised medication.

Now you're not going to believe this next bit and I think it weird, but I assure you it is very very true, strange but true. In April 2003 the old medication had washed out of my body and the new had taken over. I woke up one morning and a bomb went off in my head! A veil was suddenly lifted, it was like some sort of epiphany and I could see clearly once more. All I wanted to do now was paint and study Impressionism and it's artists and paintings. Thankfully the same passion is still as strong and alive today and the light that was once only a flicker now shines brighter than ever.